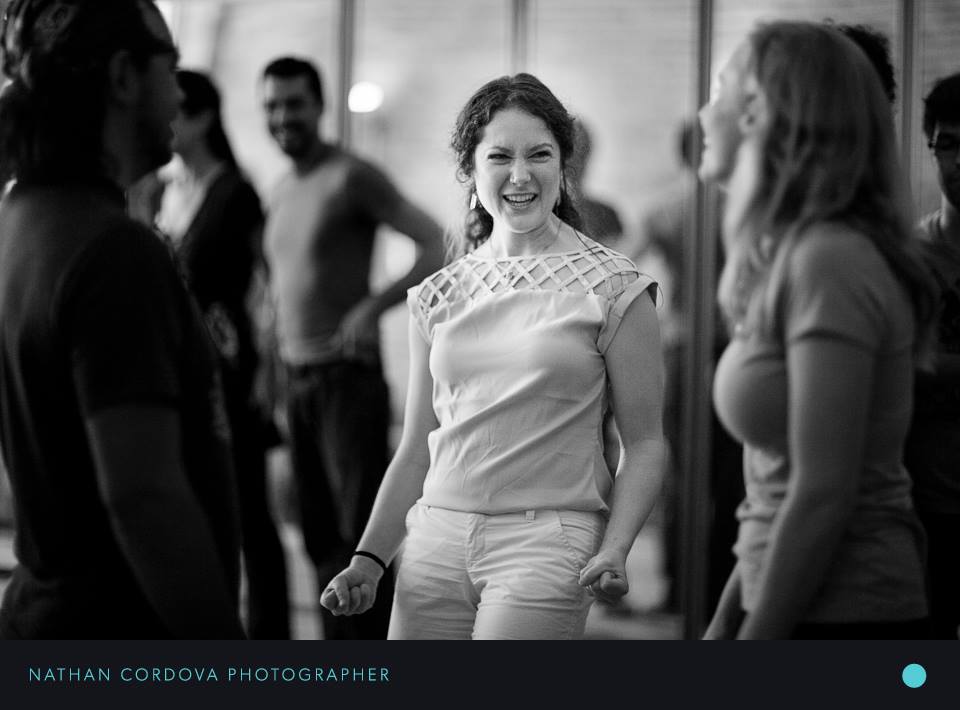 Flouer is a full time dance instructor currently based out of Zurich, Switzerland; recently moved from New York City.  Since 2011 she has dedicated much of her life to blues, though she has over 20 years of training in multiple forms of partner dance, toured the world for contemporary dance & ice skating, and acquired her MFA in Dance.  Flouer presents a very contextual, wholistic approach to Blues. In her classes this often translates into encouraging individual artistry while paying close attention to connection, technique, and historical references. Dance classes are about people- they should be interactive, interesting, and FUN! Flouer is deeply dedicated to furthering the art of Blues dancing, and believes that people physically moving and learning together can lead to powerful experiences.https://www.flouerdances.com

Flouer is a full time dance instructor currently based out of Zurich, Switzerland; recently moved from New York City. Her multi-layered experiences range from world travel for ice skating and contemporary dance, professional ballroom and Latin shows, competing at blues, lindy, and west coast swing exchanges, stage combat certifications, commercial music videos, and even burlesque.  She has both her Undergraduate and Graduate degrees in Dance.
In Fusion, Flouer brings her fascination of the movement and history of social dances together to offer a variety of different techniques. She is especially known for giving you simple constructs to break down and give structure to the dance(s) you are participating in. With the belief that most life lessons can be found in partner dance, she strives to help people create connections within themselves, their partners, and the community as a whole.  As an organizer she can be found running her fusion events Melting Pot & Motley Hue in NYC.  https://www.FlouerDances.com

Some of the larger festivals I’ve taught, pre-2018. Does not include regional and local workshops.
For 2019-present please see the calendar page.